Industrial Society Must Find Its Energy Holy Grail, and The Uranus-Pluto Cycle

While writing my last post about the industrial revolutions relationship with the Uranus-Pluto Cycle, I realised a little discrepancy. The first cycle beginning in the early eighteenth century brought about the steam engine by the time of the of the conjunction, and its actualisation in the steam locomotive towards the end of the eighteenth century, the conjunction of the mid nineteenth century coincided with the invention of the combustion engine, and its practical implementation in the automobile by the time of the opposition in the early twentieth century. Both of these cycles have been about fossil energy and its application to transport.

Meanwhile the conjunction of 1960's brought with it the personal computer. This is a technology related to communication and data storage, much like the printing press, which saw its birth in the mid-fifteenth century. This was not a technology dealing with energy but it requires energy to function. We have just come out of a Uranus-Pluto waxing square, the first crisis of the current Uranus-Pluto cycle has reared its head. Our energy needs are no longer met, and our outlook on energy is no longer satisfied with the fossil fuels that have powered the previous two cycles.

I believe this crisis is acute. If digital society is ever about to happen, we need to solve our energy requirements. And what we need is more energy not less. An energy source so abundant that it would cover our energy needs and generate excess that would be used to grow civilisation. They say nuclear fusion is always more than 20 years away but you know what else is 20 years away, the Uranus-Pluto opposition. The digital computer is an electricity using device. The use of electric appliances and the power grid have their beginning in the late 1800s and the beginning of 1900s, a time of another Uranus-Pluto opposition. This is where I would actually link the digital computer to an energy resource exploitation. Ironically, digital technologies can help us better exploit resources, and in this way link the two inventions of electricity and digital computer even further. This way the themes of these 20th century aspects will influence the upcoming Uranus-Pluto opposition.

The issue of resource use can also be linked to the change in the Aeons, also known as the Great Ages, demarcated by the shift in the vernal position of the Sun. As the vernal position slowly moves from the sign of Pisces into the sign of Aquarius, we see a similar drama of resource use crisis to that of the Bronze Age. Back in the Aeon of Taurus, civilisations depended on the bronze much like today's civilisations depend on the fossil fuels. Much like copper and tin, the fossil fuels are finite and have to be imported from vast distances. The civilisation must make a shift to a resource that is more abundant, similar to the shift from bronze to iron.

It is notable that our Industrial era and the birth of civilisation both coincide with the times Uranus and Neptune meet in Sagittarius.

What I believe we should look at are the ruling planets of Aquarius, Saturn and Uranus, and the earthly ruler in the upcoming Aeon of Aquarius, that is the Sun. That is, the main resource will be Uranium, and Solar. Perhaps nuclear fusion that mimics the processes on the Sun. The exploitation of solar energy will reach new levels. There may be soon installations in outer space, represented by Uranus, that harness energy from the Sun. Coincidently, it is the planet Uranus that symbolises electric power. I believe that fossil fuels will be completely phased out in favour of synthetic hydrocarbons. At the same time, I believe that liquid, combustible fuels will not go anywhere but their use will be much smarter.

At the same time, the not so positive aspects of Saturn may mean energy scarcity, however, Saturn also means order, and prudence. In the end, energy saving devices and efficient use are all aspects of Saturn. Speaking of Uranus and Saturn together, Uranium's radioactive isotopes are used in nuclear fission but Saturn's metal lead is used to shield from radiation. Lead is also one of the first metals ever smelted, and working with led predates the Aeon of Gemini.

To sum up, a time of great discoveries and upheaval is coming. But I would be more optimistic, this is not the world of the Archaic Era. The humans are far more aware of their state of being in our current Historical Era as a consequence of the last Achsenzeit, when the foundations of literary culture and science were laid. I hope we don't screw up. 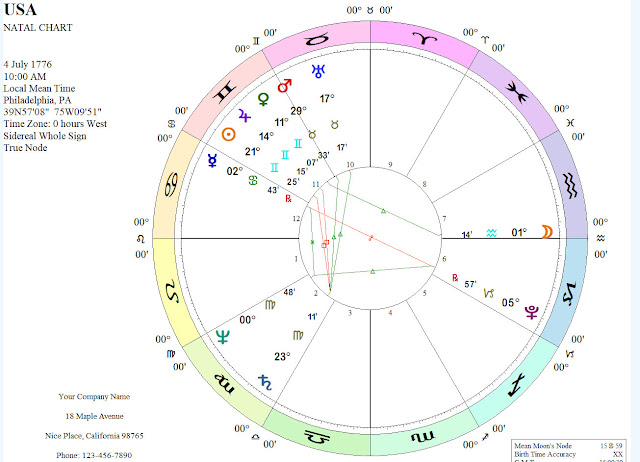